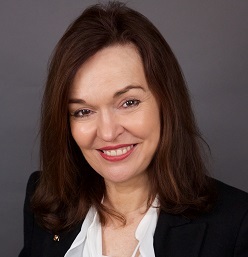 Carol holds the Chair of Dr. Lee’s Professor of Chemistry at the University of Oxford and is the first Director of the Kavli Institute for NanoScience Discovery. She is recognised for using mass spectrometry to further research into the 3D structure of proteins and their complexes.

During her early research Carol developed and applied mass spectrometry to show how protein folding could be monitored in the presence of molecular chaperones. This research prompted her to find new ways to preserve mega Dalton complexes in the gas phase and led her to uncover the heterogeneity and dynamics of numerous multi protein complexes. In recent work she demonstrated the numerous roles played by lipids in regulating the structure and function of membrane protein assemblies. Her current interest is in uncovering the synergy of lipid and drug binding. With this information she is exploring new ways to characterise receptor-signalling complexes.

Carol’s graduate education was completed whilst working full-time in industry. She was subsequently admitted to the University of Cambridge where she completed her PhD in two years. Following an eight-year career break to begin raising her three children, she returned to research at Oxford. In 2001 she became the first female Professor in Chemistry at the University of Cambridge, returning to Oxford in 2009 to take up the Chair of Dr. Lee’s Professor of Chemistry.

Her research has attracted numerous international awards and prizes, the most recent ones including: The Royal Medal A from the Royal Society, the Stein & Moore Award from the Protein Society, the 2019 Novozymes Prize from the Novo Nordisk Foundation and the Field & Franklin Award from the American Chemical Society.

Carol also holds nine honorary doctorates and four honorary titles, was elected as a Foreign Associate of the US National Academy of Sciences in 2017, received a DBE in 2013 for her contributions to science and industry and is a past President of the Royal Society of Chemistry.